Are You Responsible for Repaying Debts That Your Ex-Spouse Incurred During Your Marriage?

Many couples disagree about whether to borrow money and how to approach the repayment of their existing debts. People used to say that debt destroys marriages, but now debt has become practically universal for Americans of working age. Blaming debt for the failure of marriages is too easy; if only debt-free people could be happily married, virtually everyone would be lonely. How you and your spouse deal with debts incurred before and after your wedding is a choice only you can make. How the court assigns the responsibility for repaying money borrowed during the marriage depends on your reasons for borrowing it and how you used it. The family law attorneys at Iwanyshyn & Associates can help you reach an equitable solution for dividing your marital debt in a divorce.

During a divorce, the court divides the couple’s property and debts according to the theory of equitable distribution, meaning that each spouse gets his or her fair share. Any money that you borrowed before you got married is a separate debt. Even if your spouse used some of their income to make payments on your debt during the marriage, your ex-spouse has no obligation to keep making payments on your debt after you divorce.

Even though the general trend is toward courts holding each spouse responsible for his or her pre-marital debt after the divorce, some couples go to great lengths to stop their own debts from becoming a liability for which their partner is responsible. Some couples in long-term relationships hesitate to get legally married even if they live together, just to keep their debts separate. Some couples sign pre-nuptial agreements promising not to make either spouse responsible for the other one’s debts if they divorce. In other words, you are probably safe from the debts your ex-spouse incurred before you got married.

Money that either spouse borrows during the marriage, however, is usually considered a marital debt. For example, if one spouse took out a personal loan to pay household expenses when both spouses were underemployed, the court will probably consider it the responsibility of both parties in the divorce. Student loans, however, are an exception; most divorce courts consider student loans the sole responsibility of the student. The court will not make you make payments on your ex-spouse’s student loans unless your ex can prove that you benefited financially from your ex’s education or from the loan money. For example, if your ex used student loan money to pay rent on an apartment where you both lived, the court might assign a portion of the debt to you.

It is not fair for one spouse to walk away unscathed from a debt that the couple borrowed for the whole family’s benefit. Contact Iwanyshyn & Associates in Pittsburgh about disputes about equitable distribution, including division of marital debts, possibly including student loans. 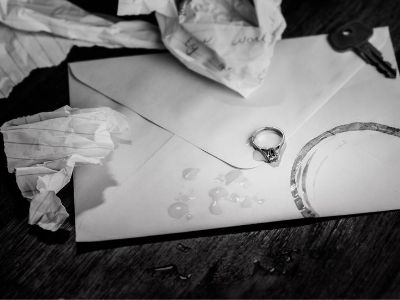