It is easy to blame your ex-spouse if you are struggling with debt after your divorce, but the debts that you and your ex incurred during your marriage before you divorced don’t disappear just because you are legally single again. The courts don’t always divide marital debt equally in a divorce, and they don’t always decide that a certain person’s debt is entirely that person’s responsibility. Reckless financial decisions can ruin marriages, and if your spouse’s excessive spending or irresponsible borrowing was an ongoing pattern, or if you can prove that your spouse intentionally wasted money just to devalue your marital assets, the court will not punish you for that. In summary, it all depends on the unique situation of your family’s debts, who borrowed them, when, and why. Those details are not always immediately obvious to the judge, so contact Iwanyshyn & Associates in Allison Park to help you make your case.

My Debt, Your Debt, and Our Debt

Just as equitable distribution requires the courts to classify every asset the parties own as marital or separate, it must also identify marital and separate debts. Loans that either person took out before the marriage are usually classified as separate debts, even if they are still not paid off by the time of the divorce. Debts that you incurred while you were married are usually considered marital debts, and the court usually divides the responsibility to repay them between the parties. One exception is car loans; if each party has a car that is not paid off, the court usually rules that the husband keeps his car, including its associated debt, and the wife keeps her car, including its associated debt.

Of course, there are several gray areas regarding whether a debt is marital or non-marital. Here are some examples:

The husband took out a 30-year mortgage for a house he bought while he and the wife were dating. The following year, she moved in when they got married, and five years later, they got divorced. Does the husband deserve some compensation for the fact that the money he borrowed provided his wife with a place to live while the couple were married?

The couple borrows money for their children’s benefit, such as for college tuition or a car for a college-aged son or daughter, but the loan is only in one spouse’s name. Generally, debts incurred before marriage are the debt of the party that incurred it. You can also protect yourself from the debt liabilities your spouse took on before your marriage by signing a prenuptial agreement. For debts incurred during the marriage, you need a family law attorney to help you persuade the judge of the most equitable way to divide these debts.

A divorce lawyer can’t make your marital debt disappear, but they can ensure that you don’t get stuck with an unfair debt burden. Contact Iwanyshyn & Associates in Pittsburgh about divorce cases. 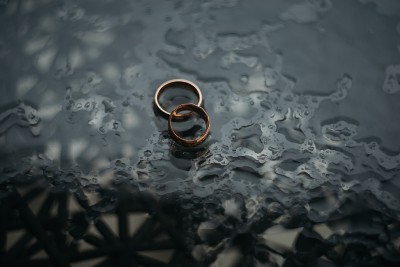