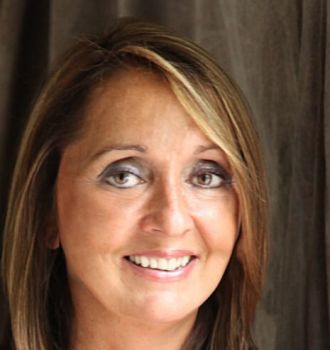 After a successful career as a CPA, Ms. Iwanyshyn expanded her career by entering the law profession. Completing her legal studies at night, she continued to work in the accounting field and gave birth to two children. Upon passing the bar, she began her legal career in Family Law: wills, pre-nuptial and ante-nuptial agreements, custody, child and spousal support, estate planning and of course divorce. After several years of maintaining both the CPA license and her legal practice, she let her CPA license lapse. Attorney Iwanyshyn remains an avid student of accounting principles and trends and applies them in her Family Law practice on a routine basis.

Attorney Iwanyshyn has dedicated herself and her practice to "Meeting Clients at Your Point of Need..." to ensure clients have the best personal support and service through emotionally trying times, applying acute attention to detail and offering in-house expertise on matters of forensic accounting, business valuation, technical and financial research, project management and client care. Deborah prefers to engage opposing counsel and opposing parties in a cooperative, amicable and friendly manner, she never resorts to the fee-generating and delay tactics some other firms employ; yet when required is extraordinarily tenacious and is an excellent and experienced litigator.

Iwanyshyn & Associates is proud to announce that based on client feedback and comments, Attorney Iwanyshyn was selected as one of the "10 Best Lawyers in Pennsylvania for Client Satisfaction" in 2015 by the American Institute of Family Law Attorneys. For both 2014 and 2015, Attorney Iwanyshyn was selected by The National Advocates to the prestigious Top 100 Lawyers. Deborah was also selected by her peers as among the Nation's Top One Percent by the National Association of Distinguished Counsel for 2014 and 2015. She is a Top Lawyer for 2015 by The Global Directory of Who's Who. In 2016 she was invited to become a Fellow of the American Bar Foundation.

Finance is so integrated into the fabric of our lives that if you want to secure the future for your family, you need to understand and plan financially.

Ms. Iwanyshyn returned to Pittsburgh to become the Audit Manager for the Allegheny County Controllers Office and was subsequently promoted to the position of Chief Accountant, where she managed a department of more than 30 professionals. After graduation from Duquesne Law School, Ms. Iwanyshyn became a member of the American Society of Appraisers and actively served as an Officer on the Board of Directors of the Pittsburgh Chapter. She completed extensive study and testing and met experience requirements to become an Accredited Senior Appraiser specializing in Business Valuation. Before practicing law, she acted as a valuation and forensic accounting expert, and she has testified as such during trials. She developed a relationship with Shannon P. Pratt, ASA, DBA, CFA, FASA, and CBA, who is one of the foremost authorities in the field of business valuation. His books are quoted as authoritative treatises by all business appraisers. Both she and her ex-spouse contributed to his book, Valuing Small Businesses & Professional Practices.

She received training through the Allegheny County Custody Mediation Program under Supreme Court Justice Max Baer and became a court-appointed custody mediator for Allegheny County in the late 1990s. She served on the Board of the Western Pennsylvania Mediation Counsel where she developed friendships and acquaintances with many of the current custody mediators. She has completed approximately 100 hours in additional mediation and negotiation training. In 2000, she was selected for training in mediation by the United States Bankruptcy Court. She has mediated for the United States Equal Employment Opportunity Commission and the United States Postal Service, in addition to cases within her private practice.

She has also served as a member of the Academy of Family Mediators and The Association of Family and Conciliation Courts, and as a member of the Board of Directors of Animal Friends and The Family Mediation Council. She currently teaches an Evidence course at Carlow University and is the Vice-Chair of the Taxation Committee of the Family Law section of the American Bar Association. Her practice serves those throughout Western Pennsylvania, including the counties of Allegheny, Butler, Beaver, Washington, Fayette, Westmoreland, & Armstrong.

Ms. Iwanyshyn has personal experience with the pain and financial challenges of an unwanted and nasty divorce that left her emotionally spent and financially devastated. She divorced after 17 years and has experienced firsthand the complex emotional and financial issues surrounding child support and custody. Ms. Iwanyshyn worked with counselors to enable herself and her children to survive the devastation that comes from divorce, and she is highly empathetic to those needs in her clients and recommends a variety of outside sources to assist clients in their emotional struggles through this period. As a result of her divorce, Attorney Iwanyshyn had to redefine herself and her legal practice in order to raise her children as a single mother. Just prior to completing her divorce, she learned of her young son's diagnosis of Type 1 Diabetes, the most challenging type.

Deborah lives with her husband and her three dogs in the North Hills where she is an active gardener. She plays the keyboards for the band at Northway Christian Community (Wexford Campus), sings in the choir and enjoys all manner of outdoor sports including kayaking and golf. Deb is active is several charitable organizations, including Homewood Renaissance. Deb has an active exercise regimen as a Executive Lifetime Member of the Rivers Club, and ClubCorp, as well as a member of LA Fitness.