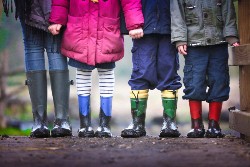 Unless you are a survivor of domestic violence, you might wonder why people wait so long to leave abusive marriages. Many times, it is because they fear that the violence will get worse if they try to leave. Many abusers threaten to harm the children if their spouse files for divorce. The family court system should protect children from domestic violence, and in fact it has many mechanisms in place for that purpose, but it does not always succeed. 23 children in Pennsylvania have been killed by a parent in the midst of a custody dispute. Senate Bill 868, also known as Kayden’s Law, was drafted after seven-year-old Kayden Mancuso was murdered by her father shortly after he separated from her mother. The bill aims to protect children who are in danger of suffering violence at the hands of a parent, even if the parent has never physically abused the child.

How Domestic Violence and Other Dangers Affect Child Custody

In Pennsylvania, the assumption is that children benefit from spending time with both parents. When a parent attempts to reduce their ex-spouse’s parenting time because of the ex-spouse’s new relationship, long work hours, medical cannabis use, or the presence of legal hunting rifles in the house stored out of reach of children, the court usually does not grant the request. You can only take away parenting time from your ex if you can prove that your ex is endangering the child, such as by leaving a young child home alone, driving drunk with a child, or leaving dangerous items such as weapons or drugs within the child’s reach. Only in the most extreme cases does the court suspend the parent’s parenting time entirely. More often, if the parent cannot ensure the child’s safety, the court will order supervised parenting time, either at a visitation facility or in the presence of an extended family member.

In August 2018, Jeffrey Mancuso killed his daughter Kayden and then committed suicide; he left a note saying that the purpose of his actions was to make Kayden’s mother Kathy Sherlock suffer as much as possible. There had been plenty of warning signs, but the court had refused to see them. Jeffrey had been convicted of assault after he attacked a man at a bar in 2012. Kathy had obtained a Protection From Abuse order and Jeffrey was forbidden to have contact with her, but he was still allowed to have unsupervised parenting time with Kayden. After seeing her father physically assault his mother and punch the family dog, Kayden repeatedly told her mother that she did not feel safe with her father, but the courts allowed Jeffrey’s unsupervised parenting time to continue.