Having disagreements with your spouse about finances does not necessarily mean that you are headed for divorce. Many couples disagree about, for example, whether to take a better-paying job that is so far away that it would require the family to relocate, when a stay-at-home parent should return to the workforce, or which expenses to eliminate in order to pay down the family’s debt. Sometimes, though, the final conflicts are so fundamental that the marriage cannot survive them, especially if dishonesty is involved. These deeply rooted conflicts of principles about money, and the lack of trust that goes with them, do not always go away immediately when the court dissolves the marriage. The family law attorneys at Iwanyshyn & Associates will help you reach an equitable agreement about division of property and spousal support, even if your ex claims to have much less money than you know that he or she is capable of earning.

What Is Imputed Income?

Divorce courts calculate the division of property and, when applicable spousal support and child support based on the respective income and expenses of each spouse. When one spouse has been out of the workforce for a long time but is healthy enough to work, the court estimates how much money he or she would be able to make if he or she worked. These are some situations in which the court might impute income to your ex-spouse:

⦁ Your ex-wife worked before your children were born, but she has been a stay-at-home mother since the oldest child’s birth, and now the children are in elementary school. The court will probably impute income to her based on the assumption that she will get a job in the same field as she worked before the children arrived.

⦁ Your ex-husband had a salaried job, but he left it five years ago to become self-employed. He has started several businesses over the past five years, but none of them has become profitable. The court will probably impute income to him based on the assumption of him earning a salary similar to what he used to earn before trying to go into business for himself.

⦁ Your ex-wife has never had a full-time job; she has always depended financially on her parents or on you. The court will assume that she will have to train for a job but will estimate the income she can earn by working full-time for that job by the time she finishes qualifying for it.

Sometimes people, sensing that their spouse plans to divorce them, intentionally sabotage the marital assets, so that the amount of money available to divide in the divorce will be less. They might transfer the title of assets into the name of another family member or business partner. They might simply refuse to work and let their spouse support the family single-handedly. Worst of all, they might spend money on an extramarital romance. All of these tactics will backfire in the divorce; once the court finds out the truth, it will award you, the financially injured spouse, more money instead of less.

Your spouse might have sabotaged your finances while you were married, but you are entitled to your fair share of the marital wealth in divorce. Contact Iwanyshyn & Associates in Pittsburgh about divorce cases involving financial dishonesty or intentional unemployment. 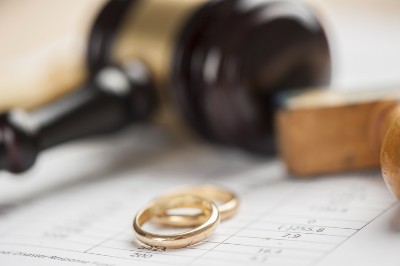